The 4th International Festival of the Theatre of the Oppressed 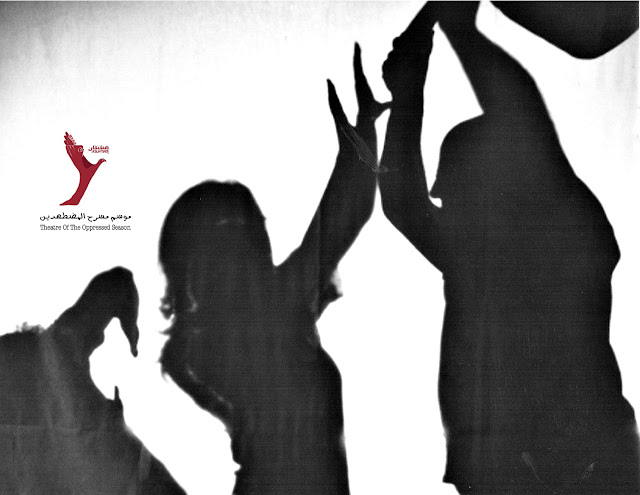 Theatre of the Oppressed brings theatre to all segments of Palestinian society, and engages communities in democratic dialogue on daily issues they face and social taboos. The program creates a platform for social and cultural change, and gives a voice to the voiceless through its focus on underrepresented groups such as women and youth. 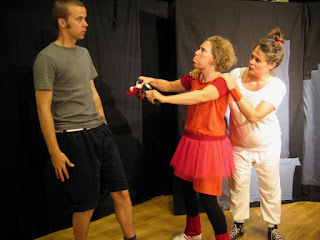 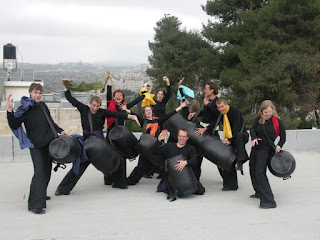 1)- The Theatre of the Oppressed program has yielded 24 plays produced by ASHTAR
2)- 35 by local community group
3)-  A total of 957 performances have reached 114,200 audience members in communities throughout the West Bank and Gaza.

Additionally, ASHTAR has trained 258 community members in Theatre of the Oppressed techniques, and 11 “Jokers” to facilitate performances and thus multiply the outcomes of the program.

Internationally, ASHTAR conducted 3 regional and 2 international training sessions and set up 2 training centres for Forum Theatre in Yemen and Iraq in its capacity as the Middle East Regional Centre for Theatre of the Oppressed.

Moreover, Ashtar bi-annually holds the “International Season of the Theatre of the Oppressed” in Palestine which brings a multitude of local and international theatre groups to the Palestinian audience and its fourth round will be implemented in 2013.

The first 3 festivals performed 27 different Forum Theatre plays from national and international theatre groups. These plays were performed 124 times all over the WB and Gaza and reached 15,000 audience members.

ASHTAR aims to target high school and university students in addition to the general audience in WBG from rural, disadvantaged areas and refugee camps. Focus will be to the groups that face more social constraints and economic difficulties, those who are unlikely to attend cultural or theatrical activities which are mainly delivered to audiences in urban areas. The Festival will target various refugee camps and locations in East Jerusalem, Jericho, Nablus, Jenin, Bethlehem, Hebron, Tulkarem, Selfeit, Qalqilia and Ramallah area as well as in Gaza to ensure their inclusion.

The categories targeted are women and youth, especially those who face lots of social restrictions due to the conservative and patriarchal attitudes in society, notably the ones who are unlikely to be able to move freely in order to attend theatrical activities in urban areas. 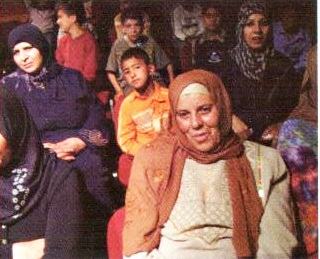 Moreover, ASHTAR targets Palestinian theatre artists and community theatre groups who lack opportunities for vital artistic exchange with the international theatre scene, which would stimulate their creativity and potential for innovation. Coordination is already underway with Palestinian women’s and youth organizations, as well as national theatres often subjected to a lack of theatrical productions and activities. They are thus showing a huge interest in acquiring skills and knowledge about the use of theatre in general, and theatre of the oppressed in particular.

Students are a major target group; from secondary schools (UNRWA, Private and governmental) also from colleges and universities as well as Palestinian youth in youth clubs in WBG (age group 16-24). It is estimated based on experience from previous festival that we reach an audience of 5,000 persons; 60% females and 40% males with the majority from remote marginalized areas and marginalized groups. 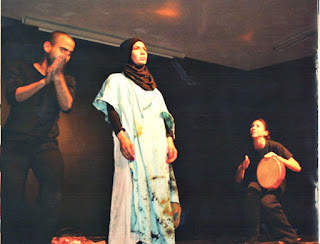 The participation of the audience in the theatre shows will be guaranteed through the interactive approach of the Theatre of the Oppressed technique which enables the participation of the audience members as “spect-actors”. In doing so the audience is invited to intervene in such a way as to change the dynamic of the situation. ASHTAR Theatre will collaborate closely with the cooperating women’s and youth organizations, and theatres to ensure reaching the target groups. Next to this, members of these organizations will be participating in the 2 “forum theatre” workshops. ASHTAR Theatre will also recruit local volunteers and field coordinators to maximise the local ownership and acceptance of the Festival. 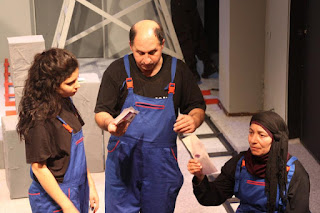 Implementation phase - April to May 2013:

2.    Tour of 33 performances all over the West Bank/Gaza and facilitation of 2 workshops in “Forum theatre and Image theatre” technique (April – May).

3 Filming documentary film about the festival (April – May) 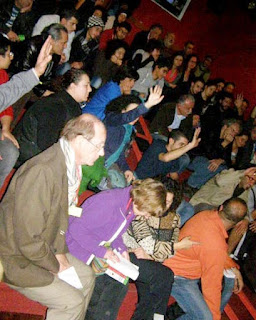 In the closing phase, ASHTAR Theatre will evaluate the success of the festival, monitor and analyse the media response and write reports.